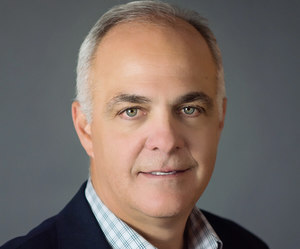 Brace yourselves. By the time Mark Alexander (’80) and I get back from our two weeks walking the Notre Dame Trail, we will have the world set to rights. We will have it all sorted out. We got this.

There’s a lot to say about Mark. He’s one of those people who make things happen. I didn’t ask about his sleep schedule, but it’s got to be pretty thin.

An accounting major at ND, he went to work for Price Waterhouse after graduation, then Hanson PLC (“...the best job in the world – like playing Monopoly with real money...”), then became CEO of Urban Propane before retiring at an admirably young age to sit on the board of two publicly traded companies and focus more of his time on some small business interests and charitable work. He’s run the NYC Marathon, the Marine Corps Marathon, some triathlons and is currently training for a half Iron Man (“...the swimming’s the hard part. If I don’t drown I should be okay.”) in addition to the Notre Dame Trail.

He managed to bookend his four years at Notre Dame by getting himself on social probation both his freshman and senior years, the latter while an Resident Assistant in Grace Hall. He and a few of the other RAs had gone to Senior Bar during Orientation Weekend (yes, dear current students or recent grads reading this: once upon a time, there was a shining oasis on campus called Senior Bar...). On the way back to Grace they decided to swim some laps in the Reflecting Pool before pulling the fire alarms in the dorm. “I still have recurring nightmares that they didn’t let me graduate,” he says. “Any time I’m on campus I just swing by the Alumni Association to check and make sure I’m still listed there.”

He comes from one of those solid, middle-class New Jersey families of American nostalgia and tells one of those classic Notre Dame stories we all know well. His older sister was dating a Notre Dame boy back before the advent of network and cable deals, back when the college football roundup was a 30-minute segment on the Sunday morning sports programs. The family made it out for the ND-Navy game when Mark was eight and he remembers standing at the old Fieldhouse thinking “I have to go to school here.” He worked on the Jersey fishing boats to pay his own way. It was hard. He loved it.

The successes aren’t the full picture, he’s quick to add. He’s failed a few times, too. And when that’s happened, he tells me, there’s usually been a Notre Dame alum somewhere in the picture to give him a hand. And I tell him I’ve long felt that the only family bigger and tighter than Notre Dame is the military.

Like any successful businessman, he’s quick and decisive with every answer to every question. Except one.

Why, specifically why, are you walking this Trail?

He pauses. He tries. He is “deeply moved by all things Notre Dame,” he says, and so we should “start with that premise.” But then he pivots to his respect and friendship for the people in Development at the University, and tells stories of conversations on other Notre Dame outings...

I press him on the question and he admits that the experience will likely have a spiritual impact. But then he pivots to joke about how everything Notre Dame does has a spiritual component and he wonders aloud if we can get chits for all the masses that will be part of this that we can trade in later on in lieu of a few Sunday morning masses down the road...

Every time he gets close to an answer it veers off into another story or a joke. So I press him some more. And finally he answers with simple sincerity.

“I just want to be closer to Notre Dame,” he says. That’s it. And I get it. We wonder aloud, he and I, at 175 years of this place – this something more than a school, purposed for the betterment of the world – and we both very simply want to be a part of the tribute. It’s not about the money. There’s not a spreadsheet where this will make sense. This is just some humble, undefinable recognition of a thing greater than any one of us individually – a tribute (the word was his) to a mission which took the form of a school and became, for the vast majority of us fortunate enough to call Notre Dame home, a way of living.

I like Mark. A lot. I like him so much, in fact, that all of this personality is actually kind of secondary to what I think I like most: we disagree.

After our hour-long conversation, I feel pretty confident in saying he and I are on opposite ends of the political spectrum. And in a world seemingly dedicated to polarization, that could make for some long, uncomfortable days on the Trail. Unless, of course, one is willing not only to speak, but to listen. Unless, of course, two are willing to look at common goals and overlook divisive labels. And that, I begin to realize, may very well be the best thing Notre Dame ever gave me.

For me, “We are ND” has always referred to something so much larger than a football cheer. For me, it’s been about a mentality, a morality, and a commitment to the work of making the world a better place. It’s about a family of all sorts; where I’ve a liberal brother working with the Head Start program in his small southern Indiana town and as well as this conservative brother working to assist the mission of Notre Dame’s Center for Social Concerns; where I have one sister who battled back from paraplegia in a physical trial of grit and determination and another who carried the weight of her younger brother’s untimely passing with a quiet fortitude unfathomable to most. It’s about an understanding that the bonds of our similarities allow us to learn from our differences, rather than allowing ourselves to be defined by our differences and forgoing any hope of a connection.

I could go on, but you get the point. We’re as different – Mark and I and all of us – as we are the same. Family helps us remember that. And we are more than family.