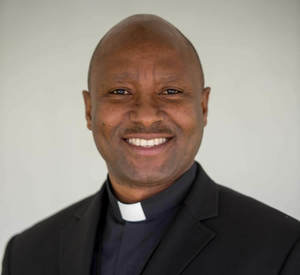 Evidently the priests in Corby Hall have been discussing the Notre Dame Trail. I am told it is frequently a topic of discussion at table. I gather they sit and consider the prospect of walking 300-plus miles across Indiana over thirteen days in the August summer heat and humidity, and I hear their universal conclusion is: That’s not gonna happen.

I love that image. It gives me the giggles. I love the picture of all these priests sitting down to dinner – all these men who have dedicated their lives to God and their intellects to the study of chemistry and theology and history and engineering and their hearts to future generations of students from around the world – and someone bringing up the idea of walking across Indiana like it’s a way to relax and unwind, and the rest looking at him like “You mad, bro?”

Father David Allen Lyimo, C.S.C., is that someone. He’s a PhD candidate from Tanzania working towards his doctorate in Theology and World Religion. And, to be fair, if like Father David you’ve hiked to the top of Mount Kilimanjaro three times already and intend to do it at least twice more, then, sure, the table-top terrain of Indiana might actually be that proverbial walk-in-the-park. 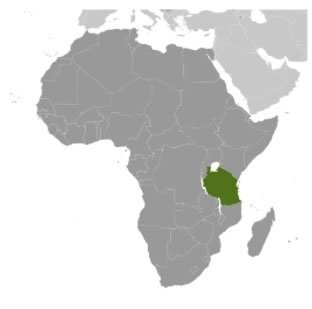 Or it might be a chance to let some history shape your future.

“Since arriving at Notre Dame, I’ve been so involved in the academics that I have not really had a chance to explore the history here,” he explains (he’s currently in the in-betweens of having finished his comprehensive exams and having not yet begun the years-long work of producing his dissertation). “But eventually I will return to Tanzania. And I would hope to start a school there in the tradition of Notre Dame. If that’s going to happen, it won’t be easy. So I need to have an understanding of the historical background. Then I can say ‘This is something that was done before. We can do it again.’”

We FaceTime each other, so that Father David is the first of the pilgrims I’ve “met” face-to-face. His face is on the laptop screen in my garage in Seattle while my face is on his iPhone propped up on the dash of his car outside a conference in Dallas. As we talk, I’m aware of a swirl of past, present, and future happening at once. It’s Star Trek in real life, a once-imagined Future that is actually the Now, in which we discuss retracing the steps of the Past to learn what we can for What Lies Ahead. “I want to learn what I think I’m looking for,” he says at one point, and I think we’re on something like the same wavelength.

It’s also oddly refreshing to discuss the Trail with someone who is taking a notably more analytical approach to the experience. So many of the people I have spoken to thus far are the sort who bleed blue and gold. They may have their individual reasons for wanting to walk this pilgrimage, but they usually contain some version of “because Notre Dame...”

But that’s not Father David. He certainly seems to love the school and its mission, but the PhD experience of Notre Dame is obviously different than the undergrad. I suspect, too, that when you reside in Corby Hall, you’ve got a slightly different take on the place than most. So I have a question for the good father.

I say that the ideas of a ‘pilgrimage’ and of ‘pilgrims’ are abstract concepts to many if not most in this day and age. They’re archaic. They’re what people used to do. A pilgrimage is a test question on the Canterbury Tales. A pilgrim is someone who invented a national holiday sitting down to a family picnic of turkey, stuffing, and mashed potatoes in the company of their Native American counterparts on an impossibly warm and bucolic late-November Massachusetts afternoon. The idea that someone today might choose to go ‘on a pilgrimage’, and thus find themselves ‘a pilgrim’, is near impossible for most to consider. So what is this all about?, I ask.

Father David offers two answers. There’s ‘going back into history’, he says. That idea of learning by experience what it meant to walk a particular journey. To imagine what another might have felt and saw and thought. To hear what knowledge echoes down the ages.

“But in my opinion,” he qualifies, “on this occasion, there is something slightly different.” On this occasion, he reckons, there is an opportunity to reflect on legacy and remind ourselves of mission and of purpose. He uses the word ‘legacy’ several times in our conversation and even calls himself out on it. “A legacy grows and changes with time, and that’s natural,” he says. “But after 175 years, it might be worth going back to the beginning for a look at what was intended, and to think about how we’ve done, how we’re doing, and what we might do next.” 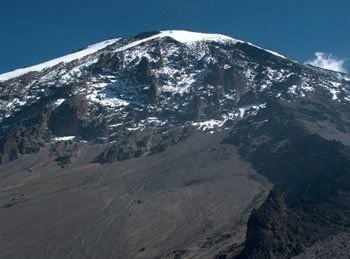 Of course these definitions are not mutually exclusive. Nor are they exhaustive. I’ve no doubt I’ll hear plenty more reasons for walking this walk in the weeks to come.

But I like Father David’s quiet anticipation of, literally, walking into the unknown to absorb that which can only be gleaned by experience; moving forward with eyes, ears, heart and mind open and ready for whatever is waiting to be found.

He’s been to the top of Kilimanjaro three times already, where the view must be breathtaking – an unobstructed 360-degree panorama telling you You Are Here.

Touching the past, situating himself in legacy, and looking to the future, it’s my hope the Trail gives Father David a new perspective: a hint, a guide, and the spiritual provisions for where he’s going to go.