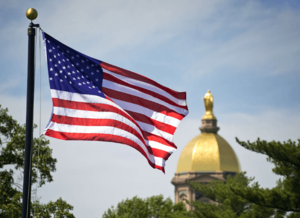 Some years ago, when my father turned 90, I was tasked with creating a birthday video. I collected everything I could think of to tell the story of his ninety years on earth – family photos I’d seen, news clippings, family photos I’d never seen, music, family photos from before I think camera were invented…the lot. I’m pretty proud of the result, but the thing that has stayed with me from the project, the part which inspired me and changed my every day ever since, was something I saw in two photos of my dad from his days in the Army during the Second World War.

The first was a graduation picture of him at the end of basic training – a smiling young man in uniform whom anyone today would recognize as being in top physical condition. The second was a picture of him behind a desk while stationed with the Army 1st Air Commando Group in the Chin Hills of what was then known as Burma. In this picture he is easily fifteen pounds lighter than the first. He’s at war (though admittedly not in the trenches) and so is eating only what he needs to get through the day and is physically active from wake to rest and, let me tell you, he is in absolutely radiant health. Glowing. Literally ‘fighting fit’. It was shocking to me.

I was never one for exercise when I was younger. I was always active enough, but never one for organized sports and certainly not one for the gym. But these two pictures of my father – what they showed me and, more importantly, what they implied – changed that.

My own experience getting into better shape began here, but it’s not the point of this post. The point is how these two pictures of a soldier from the Greatest Generation changed how I understood my role in the world.

This was a generation of men and women born at the end of what was then believed to have been the worst atrocity organized in human history, the First World War. They grew up through a worldwide economic Depression that made our recent Recession look like nothing worse than an unpaid vacation. And then, just when things were starting to look up, they were told they needed to stop what they were doing and head to the other side of the world to get shot at. And they said, “Okay.”

So I looked at these pictures of my father and decided I was too soft. When these people were called on, they stepped up because they should and they could. Would I be able to do the same? I didn’t need to be a hero, but I knew heroes personally – my parents, their friends – and I owed it to them to be at least capable. I owed it to the people who had sacrificed everything that I should be capable of something.

I look at all of the movies and cartoons and books that tell us about how meaningful our lives can be, and I try to imagine choosing a purpose more significant than the one they never got to choose. The one that was handed to them by the accident of the era into which they were born. They grew up uncomfortable. They knew nothing of entitlement, only responsibility, and I thank God they rose to the occasion.

These are the lessons I learned from watching my parents and their friends:

If you have the opportunity to be strong, then you have the responsibility to be strong. Without question, others will need you at some point in your life. You will probably not know when and you will be given little time to prepare, so learn as early as you can that you are capable of more than you know.

They never said any of that to me. It was just the simple way they moved through life and faced every challenge. A matter of perspective as the product of experience. We were short on money? They grew up in the Depression. Something was uncomfortable? They had fought a World War. They knew, whatever the problem, they had handled worse.

This Memorial Day, I’m all about grilling a burger and waving a flag at a parade and, especially, remembering our veterans and pausing to appreciate their service to us and the values of our nation.

But I’m also going to suggest that perhaps a better tribute would be to take a little inspiration from perspective. Walk a little farther. Serve someone you don’t know. Learn from someone you’ve never met. Do something you didn’t know you can do. Ignore what you think you deserve.

Let’s not just say thank you. Let’s live it.