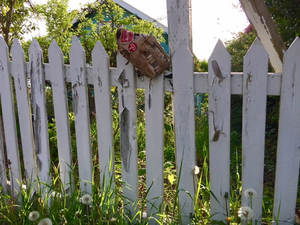 I write letters. This shouldn’t surprise you.

And of course I know not everyone does. I know, in fact, very few do. What I hadn’t realized – what surprised me – was just how obsolete the practice of writing an actual letter to actually send in the actual post had become.

I haven’t been in the practice of letter writing long. It only started a few months ago and I don’t write everyday. So the small handful of cards and envelopes I had grabbed at the Fred Myer here lasted a little while. When I ran out, I stopped into Office Depot on my way home dropping my youngest at school.

Finding the inkjet paper and the laser printer paper was a snap. Also the résumé paper and business cards and name tags and invitation stationery for those inkjets and laser printers.

What I couldn’t find was paper for writing a letter.

So I asked an assistant. “Do you have letter paper?”

And – I tell you no lie – she had no idea what I was talking about.

So then I thought the problem was me. Was I calling it by the wrong name? We lived in the UK for a long time and I’m still frequently flummoxed when I call a thing by a name from the wrong part of my life and the people look at me as if I’m speaking a foreign language, which, in effect, I am.

But what do you call it? I tried explaining. “You know. Paper. To write a letter. Like...paper...for a letter.” I’m ace at description.

She stared blankly. Took me to the legal pads which, sure, would serve the function, but...come on. A letter is something special. It takes time. It takes time to write. It takes time to deliver to the post office. It takes its own sweet time getting to you. So that when you open it, you’re not just reading information, you’re holding an investment. Of time.

And so, no, I didn’t want to use a legal pad. It’s not that I think my letters are Hemingway-worthy, but I do want the people I write to know that I’ve taken the time to send them something worthwhile.

And around that moment I began to realize something.

“Have you ever...” I started, then paused, aware suddenly that the question I was about to ask might come off as really condescending, which was not at all my intent. Still, I had to know. “Have you ever written a letter?”

She didn’t know what I meant.

We went back and forth for a few seconds, struggling to communicate and clarify the notion of putting thoughts on paper via handwriting in ink and wrapping those thoughts in an envelope to transport to someone distant from one’s self.

This was a concept – and I mean this truly – which she had never heard of. And let me add that, while younger than me, she was not young. Late twenties, early thirties, I would guess. A proper adult.

I have no doubt she knows how to tweet and text. And I don’t say that disparagingly. I’m not at odds with technology. I’m just saying that I believe expediency comes at a price.

I don’t know anyone who doesn’t smile when they think of receiving a letter, assuming they know what such a thing actually is. And by that I mean: when they think of the general idea of a letter. They don’t have to recall a specific letter. There is intrinsic pleasure in sorting through your post and discovering that someone somewhere sat at their kitchen table with you in mind. It’s different than an email or a text out of the blue. And I think that difference is the investment of time and the permanence of a physical letter, with their handwriting and ink and a few dribbles of coffee.

As I train for this walk, I’ve discovered that putting one foot in front of the other has a similar effect to writing a letter. And is similarly foreign to most people.

I’m fine, insurance will eventually cover it all, and life will go on.

But I was struck by the conversations surrounding a replacement rental while the whole thing goes through its motions. The assumption that I need a car, and asap.

Sure, a car has its upsides; getting the kid to school or groceries from the store are more convenient with a car. But that time I ostensibly save just gets eaten up with worry about something else that I’m not doing or hoping to wedge into the time I’ve told myself I’ve saved, and in the meantime I have not seen anything of my own neighborhood.

I’ve learned this lately: Time cannot be saved. It must be spent. It’s up to us to spend it wisely.

When I walk, I find an old shabby fence with a baseball glove on it and I know some kid somewhere nearby has dreams of the major leagues. I find a man pulling out of his driveway singing along with Whitney Houston’s “I Will Always Love You” blaring from his radio. I stand in line at the post office behind the WW2 veteran with a hat like my dad’s.

Are there some crazy people out there, too? Sure. But of course that woman at the Office Depot thinks I’m one of them, so who am I to judge?

The point is I’m reminded of a few fundamental oft-forgotten truths: that I’m not alone at the center of everything that’s important, that not everyone is like me, and that it’s better this way.

Look, the car will get replaced, of course, and I’m no stranger to technology (this is a blog after all...). I’m just saying, the walk might do you good.