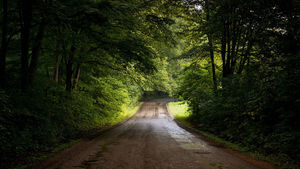 As we’re all grown-ups here, can we begin by acknowledging that faith – by definition – is unprovable? Faith is not science. Faith is, in fact, quite the opposite of science. That’s not to diminish faith – not at all – but only to embrace faith’s inherent uncertainty. Science is what one comes to know through proof. Faith is what one believes in the absence of proof. Not knowing is exactly faith’s point.

Perhaps trying to know is life’s.

Millennia ago there was a teacher who had seriously upset the establishment. A man of great faith, he asked questions which were then considered impious. His teachings challenged the norms and standards of the day and he was tried and ultimately sentenced to death – a death he freely accepted as the better alternative to denying his own teachings, his own reason for being.

I’m speaking of Socrates, who, in that trial, famously dismissed the threat of capital punishment by saying “The unexamined life is not worth living.” To him, humanity’s capacity to think was also its highest responsibility. A life which did not fully consider itself was not fully a life.

Jesus’ teachings, though not exactly the same, were strikingly similar. Their consequences for the teacher himself, almost identical.

Before we continue, a word on words.

Faith and religion are two different things. Faith, as noted above, is what one believes. Religion, I would argue, is what one is told to believe. They are not mutually exclusive, I hasten to add; but neither should they be confused, either for the other.

It’s always seemed to me that Jesus had little time for religion. (Saying this, here, may ruffle a few feathers, I realize. But I’ve ruffled feathers before. Jesus ruffled a few feathers in his day. So did Socrates. I’m alright with them for company.) At the very least, he had issue with religion as a means of absolving one from considering the hard questions of how to live – religion as a set of rules outlining expectations.

Jesus taught faith as a means of detonating expectations. When religion would ironically separate us from a fearsome and vengeful God, faith challenges us to seek him out and know him as our own father. When religion would stone the woman in the square, faith asks who among us is better than human. Faith gives unto Caesar what is Caesar’s because faith is not distracted by these worldly things. Faith offers another cheek. Faith walks on water. Faith moves mountains.

But we abhor uncertainty. We want the magic, not the miracle. We want the trick performed by someone who can do what we cannot because that absolves us from doing it ourselves. Faith – real faith – is terrifying in its responsibility. Life – truly living – likewise. Jesus knew this better than anyone else. And I believe he calls us to nothing less.

I don’t know what this pilgrimage will mean to me in the end. I know it already means more than it did when I first committed to it, and it hasn’t even begun. When I signed up for the Notre Dame Trail it was a physical challenge and an opportunity to be a part of something special, a landmark event for the place I call home. It would be meaningful in an amorphous, love thee, Notre Dame sort of way.

It’s way more than that now.

I cannot speak for the other pilgrims, but I can tell you that, for me, the timing of this walk has uncanny significance. It comes at the end of a full year of our family being separated by a continent as my wife and I accepted differing responsibilities in moving our family west – me establishing a new home in Seattle while she held down the fort in Connecticut until it was finally time to let the fort go.

It comes as I am nearing full recuperation from an injury to my spine, eager to begin developing the strength I know is in me.

It comes not long after I finished writing my first novel, a process which has taken some eight years, and just as I am pushing forward into the next stage of finding the right avenue to share that work.

It comes at a time when I worry most about our nation’s and our world’s ability to deal with uncertainty, addicted as we have become to the reassuring echo of our own ideas.

It comes not long after I received news which shook some of my most fundamental beliefs – that Hard Day perhaps long overdue – proving to me my own lessons on uncertainty and that ‘fair’ is only ever a matter of perspective.

It comes almost exactly concurrent with a new offer and an opportunity, an avenue forward just as a road I was on was turning to gravel and grass and overgrown forest.

It comes, with uncanny serendipity, at a time when so many endings are ending and so many beginnings are beginning. I could not have anticipated it. I could not possibly have planned it this way. But this way is how it is. For me.

Jesus spent 40 days in the desert. I’ll be spending 14 in Indiana. As hard times go, I’ve got it pretty good, it must be said.

But there’s something else going on here: a moment we rarely take to search within ourselves, to examine what we feel we know, to challenge what we know we feel, to strip off the shiny armor of certainty that weighs us down and find where we can go when uncertainty is no longer the thing we fear but instead becomes the very thing which gives us the strength to continue.